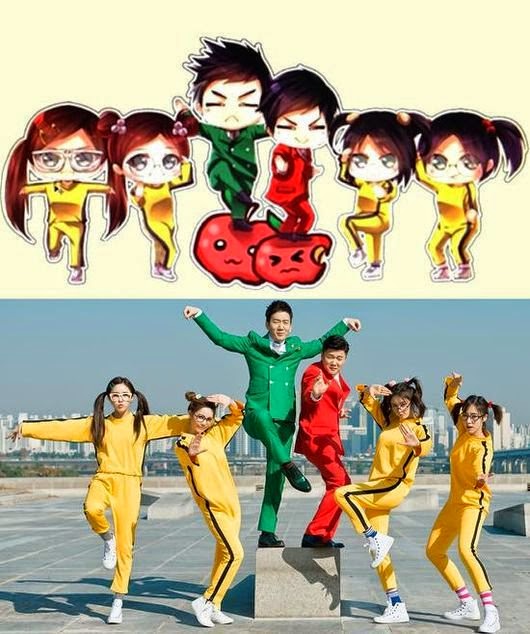 Every Asian like Little Apple because it could be Chinese Gangnam Style. The people translate Little Apple from Chinese to many different language version.

The music video of the song shows several short stories about love and romance. It contains elements from the legend Adam and Eve.

Just like the craze for Korean musician Psy’s Gangnam Style, the fervor for Little Apple has also excited people to create imitation videos or perform flash dances using the catchy song with an upbeat tempo. Here are some really fun ones!

Hi guys! This is a new English version of Little Apple song by Shaun Gibson. Hope you like it!

T-ara (티아라) is a South Korean girl group that debuted in 2009 under Core Contents Media, now known as MBK Entertainment.

On November 24, T-ara released a Korean/Chinese cover of “Little Apple” by Chopstick Brothers, as well as a music video. This video featured Jiyeon, Eunjung, Qri, and Hyomin, as well as Seunghee from F-ve Dolls and Dani.